Thomas Davis awarded key to the City of Charlotte

It was a big night for Davis, who received the key to the city moments later. But the event also served as the weekly meeting for the children of the Thomas Davis Defending Dreams Foundation and as another chance to positively impact their lives.

“I’m excited to have these kids here,” Davis told council members. “They sit in a classroom setting and hear me and our board members talk all the time about the importance of being a leader and of doing things the right way. 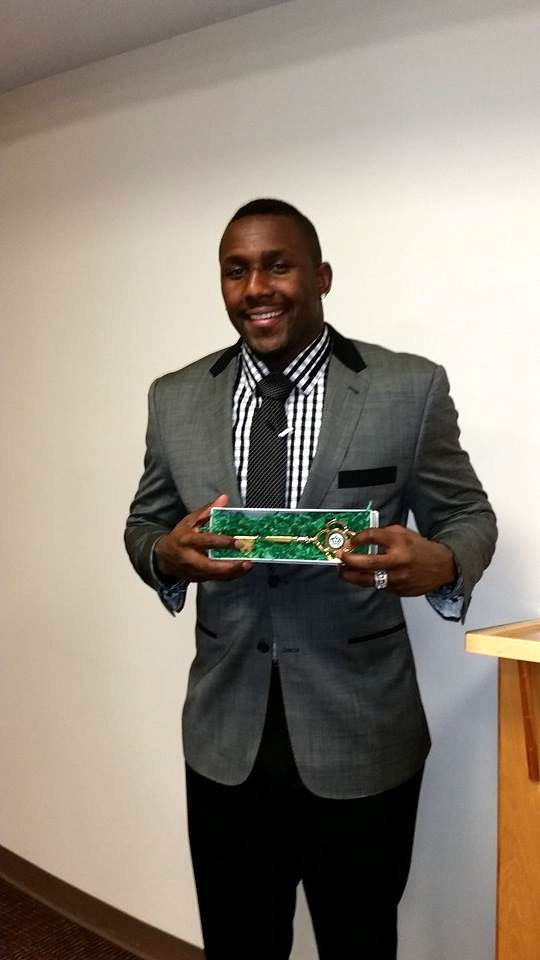 Again Monday, as was the case three weeks ago when Davis won the prestigious Walter Payton NFL Man of the Year Award, all eyes were on him. But more importantly to Davis, he could still see his challenging childhood in the eyes of the students his foundation assists.

“He’s not looking for awards,” head coach Ron Rivera said. “To understand it, all you have to do is understand where he’s from. Once you know that, you know these are things he truly wants to do. It’s impressive.”

Davis, who grew up in poverty-stricken rural Georgia, has grown into a leader on and off the football field and now yearns for similar success for the youth his foundation mentors. In recognition of his continuing efforts, the Charlotte City Council presented Davis with the most prestigious honor a city government can grant.

“Mr. Davis was selected with the 14th overall pick in the 2005 draft from the University of Georgia, and he’s made a major impact on and off the field. It’s his impact off the field, especially, tonight that we recognize,” Charlotte mayor Dan Clodfelter told those gathered for Monday’s city council meeting. “In recognition of Mr. Davis’ contributions and his extraordinary generosity, it is my pleasure at this point to present him on behalf of the city council with the key to the city, presented to you as an esteemed citizen and a trusted friend.”

After posing for pictures with his wife, four children and council members, Davis graciously accepted the honor, flanked by the children of his Youth Leadership Academy – the signature outreach program for his far-reaching foundation.

“Everything that we do in the community, all of the lives that we’ve been able to impact, it hasn’t been just me,” Davis said. “I’m the guy that gets the recognition, but there are so many others that put in countless hours to make sure that everything we do goes according to plan. My board members are huge in everything we do.

“I also want to take the time now to thank Mr. Jerry Richardson for bringing me to the city of Charlotte. In 2005 when I came here, I was a young 21-year-old who didn’t really know anything about the city, having only been here twice, but the city embraced me. It was a good feeling. It felt like home, and here I am now 10 years later, and Charlotte will forever be home.”